No longer the “Jer Show,” (yippee!) the Primals Initiative is a team of people around the world moving us towards a scientific understanding of how primals influence human life.  – Jer 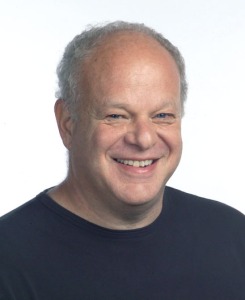 Marty is (take a big breath for serious accolades)… The father of the Positive Psychology movement and former president of the APA.  The recipient of roughly a bajillion honors including a ‘Distinguished Scientific Achievement’ Award. He’s the author of 20 books and his scholarly articles have been cited tens of thousands of times. He’s an educator at UPenn and just an all around smart/fun/nice guy who is making us all self-conscious about what we’ll achieve in this lifetime.  (Marty does not approve/condone/know about anything on this website.  This is all genuine Jer/Taylor.)

I am an extroverted stutterer, an American raised in Taiwan, a philosophizing psychologist trapped in a community organizer’s body, and my wife is awesome. I’ve been thinking about primals for a decade and see primals research as my life’s work.  I’m also currently getting a PhD under Marty.  For TMI about me, click here.

The world is beautiful.

Life’s a shit-sandwhich, and you just took your first-bite. – anonymous relative 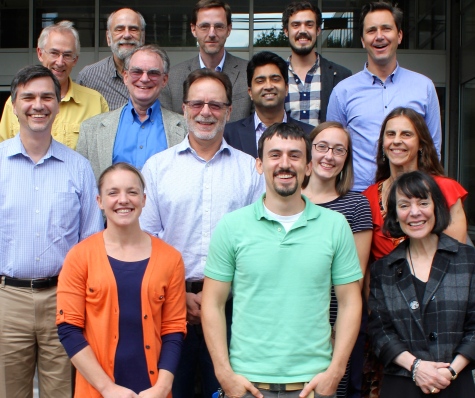 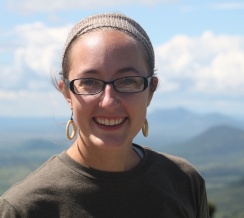 I’m the Primals Initiative Research Coordinator. Beyond the obvious work of coordinating research, my job description includes running focus groups to discover contemporary primal world beliefs, hiring and supervising intern teams, managing grant-writing and retreat planning, and doing all administrative work. In other words, although Jer might think he’s my boss, it’s really the other way around!

The world is vast.

You were born to the rolling hills and little rivers of the Shire. But home is now behind you. The world is ahead. – The Hobbit: An Unexpected Journey

I am an Italian transplanted in California, and somehow co-opted in the Primals Initiative because of my background in Philosophy (Ph.D. at the University of Milan, Italy) and of my passion for research (Capstone with Angela Duckworth). My day job entails doing the following: coaching executives; training other coaches; and consulting with organizations. In other words, my occupation is a clever disguise that gives me an excuse to keep on digging into the Positive Psychology literature. I am a gritty runner and I hold the quasi-Primal belief that Primals will revolutionize the world of psychology.

The world is abundant.

Neha is a student at Johns Hopkins University, studying Applied Mathematics & Statistics and Psychology, with a minor in Entrepreneurship & Management. How does religion shape our primal beliefs? Neha strives to answer that very question in her research. Neha is generally a positive person who enjoys philosophical debate and mangos.

The world is changeable.

Guang is a psychology PhD candidate for the joint program of Tsinghua University and UC Berkeley. He also has a Masters of Applied Positive Psychology at University of Pennsylvania and a double major in Finance and Psychology at Southern Methodist University. He was also a research Assistant at Cambridge University.

The world is interconnected.

Heaven and earth and I come into being together, and all things and I are one. – Chuang-tzu

A UCLA philosophy Grad and plucky research intern for the Primals Initiative at the UPenn Positive Psych Center, I’m a (mostly) Rational Animal striving toward living the Good Life. I’m also an executive producer for The Psychology Podcast with Scott Barry Kaufman PhD and a contributor for Thecreativitypost.com. You can find my lifestyle design musings and adventures as a lifehacker at Oughtology.com.

I can affect the world.

By applying what you learn and ordering your thoughts in an intelligent manner it is possible to accomplish almost anything. – The Watchmen

Isaac Garfunkel started the project searching for primals in the 13 most influential religious texts.

Sophia Dominguez and Celina Tsu started the project searching for primals in the 100 most influential works of world literature.

Taylor Kreiss started the project searching for primals in the 70 most influential works of western philosophy.