Last week Alicia and I went to a CNN forum at Emory about the future of the Arab Spring.  I thought it was good but there was a suprising amount of technical issues, the topic was a bit broad, the moderator was prone to cutting off good discussion, and when Alicia and I rode the scooter home we froze our little butts off, but that last part probably had less to do with the forum than other things.

Two people on the panel stood out that I want to put on your radar screen. 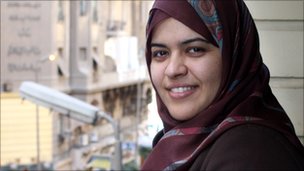 Dalia Ziada is director of the Egypt office of the American Islamic Congress which focuses on building interfaith and intercultural understanding.  She is a published poet and active in pro-democracy politics. 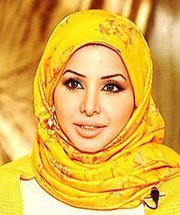 Lamees Dharif is an award-winning journalist and activist who has been active in the Bahraini resistance campaign.  She has been banned from writing by the Bahraini government since the beginning of the democracy movement there.

There was some discussion about the relative immaturity of democracy exhibited so far in the region and that people in America and elsewhere were worried about how long it was going to take for the situation to stabilize.  Lamees provided the metaphor that if a man is in a coma for 40 years, he does not wake and go for a run.  No.  It takes him a while to find his bearings, to re-learn how to feed himself, walk, etc.  But eventually he will run.  So it is with the middle east.  When people have languished under corrupt and totalitarian rule for so long, of course it is going to be a long time before the culture and intsitutions of democracy become realized.

I would take it further.  Americans who criticize the Arab Spring as creating instability are hypocrites and cowards.

Consider, in 1775 we started fighting our Revolution, two years later the States entered into an agreement under the Articles of Confederation.  We won the revolution in 1781 and we remained under the articles of confederation for 8 more years until 1789.  It was only then that we adopted the Constitution.

In other words, we operated under a system of government that was broadly understood not to be working for 12 years, and after that things still took a while to stabilize.  Our economy was in shambles.  Our money was worthless.  Did you know that States were leveraging tarrifs against each other.  States were violating the peace treaty with Great Britain, but the federal government could not do anything about it.  In the meantime, other nations rode roughshod over this toothless and inneffective American government.  Great Britain ignored various aspects of the treaty of Paris.  They kept warships in American waters for years!  Spain closed the Port of New Orleans to Americans in 1784 and the Americans could not do anything about it.  To top it all off, in 1787, Massachusetts farmers under the leadership of Daniel Shay revolted because they could not feed their families and their  homes were being foreclosed.  They captured the arsenal at Springfield and marched on the Massachusetts legislature.  Washington called it, “Liberty gone mad.”

Additionally, the instability that Americans generated in their own country was exported all over the world.  Over the next 20 years revolutions broke out in Haiti, Batavia, Brazil, Argentina, Chile, Peru, Bolivia, Ecuador, Venezuela, Mexico, Ireland, Poland, and most famously, France.  In fact, “Atlantic Revolutions” is a blanket term for all the revolts that happened during the late 17th century.  Or you might call it the “Atlantic Spring.”

We were Egypt in the late 1770s and King George III was Mubarak!  Americans are at the apex of hypocrisy and selfishness when we refuse to support, diplomatically at least, the people rising up to challenge oppressive rulers because we are worried about paying a couple bucks more at the pump.  Additionally, we need to understand that we have supported, in many cases, these totalitarian oppressors ourselves.  I love America, which is why reading the history of our relationship to the Middle East for the past 80 years is depressing.

Finally, revolutions are what I thought conservatives wanted.  Wasn’t this what the second Iraq war was ostensibly about: encouraging democracy around the world.  Was there not instability and confusion in Iraq?  In general, the negative reaction of conservative talking heads to the Arab Spring confuses me.  Maybe these revolutions are tainted by the fact that Obama is in office?  I’m not sure.

Realistically, we should expect the Arab revolutions to make the region messy and unstable for some time.  Nonetheless, we must support them any way we can for however long they need it.  No matter how I look at it, it seems to be, quite clearly, our ethical obligation.

In 1229, there was a fierce rivalry between two powerful Venetian families, both of whom were vying for the office of the Doge, the chief officer in the Venetian state.  The 40-man committee that was supposed to elect the Doge was split down the middle.  This factionalism caused problems, and a big fear was that one family would monopolize the Dogeship.  As Italian cities like Florence, Pisa, etc., turned to monarchy, the Venetians were worried that they might be next.  To ensure that didn’t happen, they made this system:

This was not some strange system that some eccentric political scientist devised.  That in itself would be fascinating.  This was the way that the biggest Republic in the world at that time, and the longest lived, chose their head of state for centuries.

I wonder what would happen if we used this system today in electing our president.  I wonder if it would improve the quality of our leaders and the character our national dialogue.