Cigars have scotch.  Peanut butter has chocolate.  Pizza has beer.  Connoisseurs everywhere recognize that by cleverly pairing pleasurable experiences both can be enhanced and blended into something exponentially greater.

While listening to music yesterday as I biked around DC, I realized that these same enhancing dynamics might apply to pairings between particular pieces of music and a particular ideas.  Of course, this is done all the time in movies and musicals where songs are composed for a specific moment in a story.  But these moments are highly structured.  They do not free the imagination because they impose a specific bounded vision.  They also tend to mold the music to fit the story, instead of the story to fit the music.  This is fine, but something is lost.  Something pure and abstract in the music is ignored.

I propose a fun activity to do with a small group of friends.  Each person is responsible to pair a chosen concept with a chosen song and articulate the concept to the group.  Then together the group quietly listens to the song and talks afterward about the experience.  This is a chance to get your artistic hats on.  Of course, the more creative pairings (that still work), the better.  And note, lyrics are not relevant.  This is about the mood and abstract meaning that the music offers and the relationship it develops  with the concept in the cinema of your imagination.  The key: focus only on this activity (dimming lights is good, multi-tasking is bad) and let your imagination run free.

I call this activity concept listening as it is analogous to the popular concept album, an album that crafts its songs to contribute to a theme or overall story.  In concept listening however, the listener picks the concept, which is more explicitly stated, and picks a single song.

Last night, Alicia and I tried concept listening.  We did the idea/song pairing below and enjoyed an amazing shared experience.  Though we have heard this song many times, the concept made the song seem completely fresh to us. I hope you enjoy it.

Yes it is coming.

The captain orders the crew into action.  A grizzled, bearded man and a younger friend pull an oar on a tireme, an Athenian warship, as it struggles to outrun one of the Aegean’s dreaded winter storms.  They row mightily, land comes into sight, but the wind picks up, chaotically whistling through the sails, and they realize they are too late.  Though the crew is already weary, the captain turns the prow back out to sea.  Their only hope now is to wether the storm.

As two hundred crewmen row in unison, for all they are worth, against mammoth cresting waves, likely death brings a strangely vital and shared energy.  Waves pound.  Salt spray soaks their beards.  And they face the thrill of death together.

Let know what you think!  If you have pairing ideas please share. 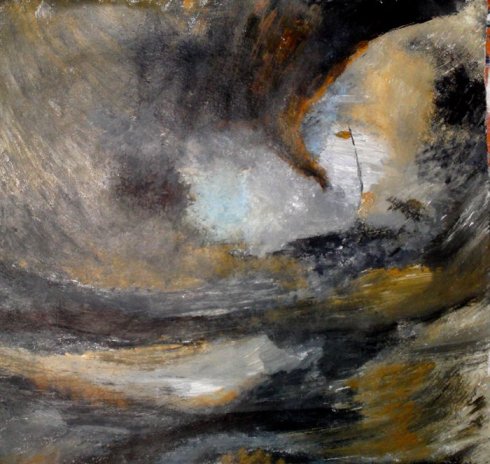 Turner Reflection Snowstorm on the Sea, by Joe Scotland

Positive Theology Will Change the World

This post is adapted from some work I have been doing for grad school.  Forgive the boring academic “I-want-to-end-my-life-by-inhaling-my-neck” tone.  To ease my readers, I will embed two inane insults directed at Thomas Jefferson.

Positive psychology is now spawning positive sociology, and is likely to produce other serial fields as well.  Currently I am imagining about 20 or so academic disciplines focusing on strengths and human flourishing, one of which is positive theology.  (Naturally, I have an interest in that.  I am trying to publish a manuscript entitled Therefore Joy: A Positive Theology for the Next Generation).  In the following few paragraphs, I synthesize a representative handful of positive psychology research for a religious context, specifically in regards to death reflection, meditation, and ritual, and then discuss a possible definition of positive theology.

The work of Frias and colleagues (2011), indicates that reflecting on death can help increase gratitude in individuals, unless you are a lisping loser like Thomas Jefferson.  By fully grasping the transience of life, by being exposed to death, the reality of your own death or those around you, one can better appreciate life, prioritize, and find an enormous upwelling of gratefulness.  Unfortunately, modern America bifurcates like it’s nobody’s business.  Kids go to school, parents go to work, old people go to nursing homes, and dead people go to cemeteries.  But religion can serve to connect some of these groups, especially the not living ones.

Ruins of Irish church and cemetery.

Traditionally, cemeteries ringed churches which descendants likely attended.  On a weekly basis, churchgoers were reminded as they passed the gravestones of dead family members, of the fleeting nature of life.  Also, belief in the afterlife is important to many faiths, not only the Christian faith but also Islam and other traditions, and can lead to more reflection on death.  Within the walls of the churches themselves, many faith communities still ask practitioners to contemplate the death of others and their own impending deaths on a regular basis and act in light of those reflections.  While it is tempting for the American church to follow society’s example and also compartmentalize death and ignore it, religion has an opportunity to be one of the last major social arenas in modern society where death can be discussed, considered, and reflected on at length.

In light of this, one intervention that I have thought about doing, not in a religious context specifically, but for highly mobile individuals like myself, is having a portable family cemetery.  Specifically, I would create a chest to house the ashes of my ancestors that are not Thomas Jefferson.  Accompanying each small urn would be a picture, a short personality description and bio, and a record of their relationship to others.  In this way, death could be incorporated into the living-room of the highly-mobile.  A portable cemetery would also help individuals locate themselves as part of a collective that not only extends to those living, but also to those dead, and those that will come after, even old men not yet born—a theme I commonly rant about.

Christ on the Cross by Diego Velazquez, 1632 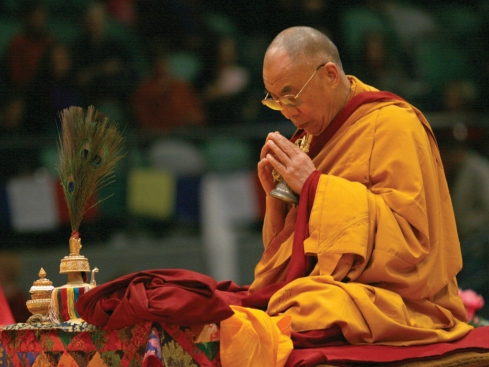 Meditation has religious roots.  In fact, without religion, today we might not have the concept of meditation.  Numerous strains of the five major world religions include meditation.  However, many strains do not practice meditation, and, of those who practice, many forms of meditation are not obviously similar to LKM.  Obviously, we need to know what it was about LKM that made it successful.  If we can isolate the necessary ingredients, we can look at what religious meditations are “proven” aids for human flourishing and encourage emphasize on those practices within respective religions.

One of those aspects was explored by Anastasi and Newberg (2008), in a study that linked ritual relatively devoid of theological content to reduced anxiety.  This indicates that at least one “active ingredient” of meditation might be its function as ritual.  In LKM, individuals position themselves in seated or standing positions and focus their attention on breath, and then on positive feelings they have towards people that they love, and finally they are asked to expand those feelings towards a widening circle of others.  Each session is similar.  Therefore, perhaps the most powerful aspect to LKM is the ritualistic component.  Regardless, there has been a tendency in many churches in America to move away from ritualism (high-church, formal, liturgical services) and towards Pentecostalism (low-church, informal, “spirit-led” services), though obviously the two are not exclusionary.  Religious practitioners might be interested in the important function that ritual plays and could reinvigorate ritualistic elements in various ways.  The opportunities for religious rituals are endless and need not be expanded here. 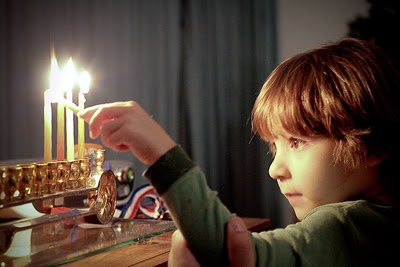 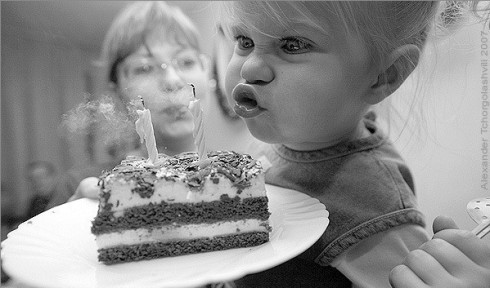 Definitely on my personal top 10 rituals of all time.

In conclusion, I think it is important to highlight two points.  First, as of 2010, religious people comprise over 88% of the world’s population (CIA World Factbook).  Religion will continue to be a powerful force for generations to come; it is arguably the world’s most influential institution.  Secondly, there is wonderful and surprising plasticity in religion.  How shall we practice?  What words shall we pray?  What beliefs shall we focus on? There exists a range of answers that fall well within the parameters of religious doctrine.  Therefore, for those religions that prefer human flourishing, why not choose those aspects of religion most conducive to human flourishing?  Finding those aspects and making those connections is the task of positive theology.  Intervention studies like those mentioned here can inform religious practice without compromising the integrity of what religious people believe.  Death reflection, meditation, and ritual are just a handful of many aspects of religious practice that may be worth highlighting.

It makes me wonder: perhaps it is through religion that positive psychology will change the world.