Because a bachelors in philosophy was overly practical, I decided to get a masters in something most people have never heard of before.  These are the questions I get most often.

1)  What the hell is positive psychology?

Good question!  Psychology has historically sought to identify the symptoms of mental illness and treat disease — a focus on problems.  In fact, the goal Freud identified was to turn “misery into common unhappiness.”  Positive psych, on the other hand, uses the same rigorous empirical methods to research the symptoms of strengths, strategies for cultivating strengths, and seeks to identify how the miserable, the functional, and even those doing pretty good, can reach their full potential and thrive as human beings.  In other words, just in the last decade or two, science has started explicitly pursuing philosophy’s original question: “What is the good life?”  Findings so far have enormous implications for all of us–for religions,  government, families, the workplace, and the future of humankind.

2)  Why can’t I get happy just by getting rid of problems?

Simply put, the absence of bad things does not equal the presence of good things.   For example, joy is not the result of simply not being sad and hope is not the mere absence of fear.  Rather, both the positive and the negative can be present in abundance, or both can be absent.  Strengths and positive emotions have unique physiological signatures and psychological effects that do not simply parallel a mental illness.  Because of this, strengths and positive emotions deserve study in their own right, and must be intentionally cultivated.  We could spend a lifetime trying to solve problems and never get anywhere.  We also have to develop appreciative intelligence — identify what is going right in our lives and build on it.

3) What is the difference between positive psychology and all the self-help-positive-thinking crap that is out there?

Fantastic question!  Regarding topic, there is often little difference.  Regarding method, they are poles apart.  Self-help books are based on the intuitions of authors like Norman Vincent Peale, Stephen Covey, and even Donald Trump.  Positive psychology, however, is a sub-field of psychological science.  Thus “positive” is not a claim like “it is good to be positive” but simply denotes the research topic (“how does human flourishing happen?”).  Research is based on the scientific method with all its parts: hypotheses, experiments, randomized controlled trials, correlational studies, peer-reviewed journals, etc.  Positive psychologists themselves have PhD.s, work at research labs at prestigious universities, have unquestionably big IQs, criticize each others experiments, and debate theory.  But there is confusion with self-help because the massive self-help market has demonstrated enormous interest in the topic and more and more positive psychologists have been pushed to make their work accessible.  (In fact, you can often spot their books because they are some of the worst written best-selling non-fiction books ever–it’s what you get when nerds writing exclusively academic papers for 30 years try to be entertaining.)  And the public has gobbled it up.  And they should.  It helps people.  Nearly all my professors have written best-selling books and given TED talks.

This cover cracks me up. Tump, you might guess, was not one of my professors. But while much of self-help is crap, much isn’t. Speculation has its uses. And the interest in speculations on how to be happy is stunning. “The Secret,” for example, has sold over 19 million copies. “You Can Heal Your Life” by Louise Hay has sold over 35 million. But they are not positive psychology books.

4)  So what would you say are the three most important findings in positive psychology?

5)  What general-audience books would you recommend?

Here they are with links to some introductory talks they have given. 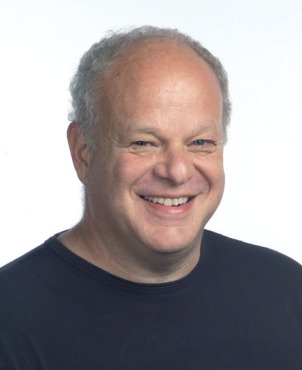 7) What is the difference between the CSV and Gallup’s StrengthsFinders?

Both are great tools based in science and they serve different functions.  StrengthsFinders was created by Gallup and identifies strengths relevant to professional work settings (think talents) whereas CSV strengths, while still very relevant to the workplace, are more personal and core to who someone is (think character).

8)  If you could only suggest one thing that could help me become more happy, what would it be?

I’ll give the same advice I give family and friends: take the CSV strengths test online at VIA Me.  It is the only free psychometrically valid strengths test in the world.  After you find out what your top five strengths are, memorize them and design them into the fabric of your life.  You will have to register to take the test (takes 2 minutes and they won’t spam you) and it consists of 130 questions which most people complete in 15-30 minutes.  No need to pay for premium reports.  If you have any questions about your results or how to integrate them into your life, feel free to contact me.  I’d love to help!

And I sometimes get questions about me…

9)  How did you get into positive psychology?

Seven years ago, I was in college and wrote a manuscript (later Therefore Joy) that took me on a raucous philosophical journey which ultimately forced me to concede that the world was an objectively good place.  “But the world looks like a shit-hole!” I thought.  Though I had grown up in this universe, had I never really looked at it before?

In an effort to try to understand the mass of positive reasons I knew had to exist, I started purposefully journaling about what was right about existence, writing down five things that I saw that were beautiful each day (later I would find out that this activity was nearly identical to a well-documented positive psychology intervention called the “3 blessings exercise”).  Sure enough,  day by day, I started seeing the world as a crushingly glorious and beautiful place, and I got strangely happier.  “Seriously?” I thought, “that’s not supposed to happen.  Isn’t philosophy supposed to make me depressed?”  So, in 2007, confused and intrigued, on the last day of my Senior year, I walked into the office of the head of my college’s psych department and announced loudly, “I want to study happiness.”  Dr. Paul Young looked at me, smiled, and told me about Seligman and the Applied Positive Pysch program at Penn.  I’ve been planning to go ever since.  I’ve found that studying positive psych makes me happier and the people around me happier– and its just fascinating!  My inner nerdy philosopher self and my inner practical “change the world” self has found a home.

10)  How does your research fit into this?

As mentioned, I discovered positive psych because I became happier after changing my overall judgement of the world.  Now, I am researching the effects of overall judgements of the universe, and I call them universal assessments (UAs).  For example, is the world a shit-hole to be endured or a wondrous place to be explored?  Answers might change daily life by affecting, perhaps, how many friends you have, how confident you are, if you are prone to depression, how much money you make, etc.  For my masters thesis, I conducted an analysis which identified 13 UAs most likely to make life better and put them forth as candidates for future research.  In the past, a handful of UAs have been identified and researched in the context of alleviating the ill effects of trauma and depression.  But, as far as we know, I am the first to consider what UAs lead to the ‘good life’ — the positive psych approach to UAs.  For more, check out Jer’s Thesis in Three Pages Using Non-Academic Language Because Academic Language is for Silly Nits.

Bonus Question:  So, if you’ve studied all this stuff, what’s the secret to happiness then?  What’s your theory of wellbeing?

This is not a simple question.

Creating the ultimate theory of wellbeing (the path to happiness) is the holy grail of positive psychology.  Marty Seligman has a theory that consists of five pillars: positive emotions, engagement, relationships, meaning, and accomplishment (PERMA).  Tom Rath at Gallup has a theory that separates wellbeing into domains: carreer, social, financial, physical, and community wellbeing.  But Tom’s theory doesn’t really tell you what to do and Marty’s theory is too western and individualistic.  He’s got what I call a “happy asshole problem” in which someone could be very high in PERMA, and still be kicking puppies, polluting city parks, and hated by almost everyone who knows him.  Thus, my own theory is more context oriented.

I identify eight areas which should be optimized by those wishing to pursue the ‘good life’ — 4 at the individual level and 4 regarding context.  Like Tom’s and Marty’s theories, mine is based on research, but unlike them I am willing to get ahead of the research in a few places which I will identify.  So this makes my theory part unproven and proven hypotheses.  Overall, one should think of this theory of wellbeing as a generic strategy for those interested in fully flourishing as human beings.  You will see that it keeps Marty’s two pillars, positive emotion and engagement, as they are, combines meaning and accomplishment, and expands greatly on relationships.

At the individual level:

At the contextual or community level.

Together my theory of wellbeing forms the highly regrettable acronym SPEW RICE.  I tried for hours to come up with different words, but these were the best.  Shoot!  Well, at least its memorable.

Jer has a Masters of Applied Positive Psychology from the University of Pennsylvania.  This post reflects a page created to be an ongoing resource for those seeking to learn more abut positive psychology.

Look up, friend. The world is too beautiful for my eyes alone. END_OF_DOCUMENT_TOKEN_TO_BE_REPLACED
This entry was posted on Tuesday, September 10th, 2013 at 12:08 PM and tagged with Barbara Fredrickson, Character Strengths and Virtues (book), Chris Peterson, FAQ, Martin Seligman, Masters of Applied Positive Psychology, Mihaly Csikszentmihalyi, PERMA, Positive psychology, strengths, University of Pennsylvania and posted in positive psychology. You can follow any responses to this entry through the RSS 2.0 feed.
« Once upon a time there was a universe…
Why People Like Me »